Ten amateur radio operators set out from Bluff yesterday for one of the holy grails of the transmitting world, Campbell Island.

Expedition leader Tommy Horozakis, of Melbourne, said the purpose of the trip was to erect at least five radio stations and transmit signals around the world for 10 days.

"Thousands of ham radio operators from every continent on Earth will attempt to make contact. We expect to make 60,000 contacts," he said from Bluff before the group weighed anchor.

For many ham operators the ultimate thrill is to receive contact from a list of 340 countries or entities on a list established within the ham community.

The highest-level award requires the applicant to contact all entities on the DXCC list. DXing is the hobby of receiving and identifying distant radio or television signals, or making two-way radio contact with distant stations in amateur radio.

Expedition co-leader John Halkiadakis said the list of entities were ranked on how difficult they were to make contact with.

"So people have to wait a long time for a chance to make contact with some entities."

Campbell Island ranks at number 11 on the DXCC list. The list is toppped by North Korea, who ban ham radio use, Navassa Island in the Caribbean Sea, Bouvet Island in the South Atlantic Ocean, Yemen, and Heard Island, which is about two-thirds of the way to Antarctica from Madagascar.

Evohe will carry the group along with seven complete radio stations, amplifiers, antennas, more than 1.2 kilometres of cable, four generators and 1100 litres of petrol.

The Department of Conservation has granted the group permits to Campbell Island and use of several of the island's vacant buildings. The expedition is expected to return to Bluff in two weeks.

This email address is being protected from spambots. You need JavaScript enabled to view it. 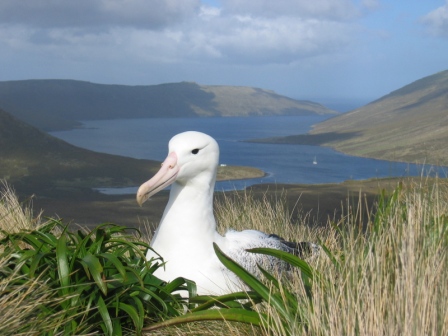